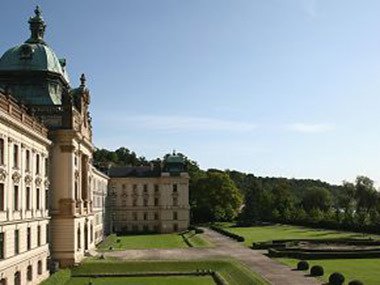 A number of non-governmental organizations sent an open letter to the president of the Czech Republic Milos Zeman, the Foreign Minister Lubomír Zaorálek and the President of the Senate Milan Stech in connection with the upcoming visit of President Ilham Aliyev to Prague. They call on using this visit to discuss the human rights issues in Azerbaijan.

"Azerbaijan is a country where the human rights are systematically violated. In January 2013, PACE adopted the resolution of 1917 calling on Azerbaijan to comply with their obligations and agreements. According to this resolution, since 2001 when Azerbaijan has membered the Council of Europe, the country has seen no democratic elections, the country's courts are not independent, human rights are violated, including freedom of speech, assemblies and associations, the right of fair trials. Lawyers who defend activists and journalists criticizing the government are under pressure,” the letter reads.

It is noted that there are several dozens of political prisoners in Azerbaijan. And according to the press freedom index of "Reporters without Borders" organization the country ranks 152nd out of 179 countries.

"Even the presidential elections held in October 2013, did not change anything in the country. Organization for Security and Cooperation in Europe (OSCE) stated that the elections were held with numerous violations of freedom of speech, assembly and association, there were no equal conditions provided for all candidates, and during the election campaign there were cases of intimidation of candidates and voters. The OSCE observers recorded fundamental problems at all stages of the electoral process and highlighted the irregularities in 58% of polling stations. The elections cannot be considered democratic and free with such violations," the document reads.

The authors of the letter remind of the arrest of the head of the Election Monitoring and Democracy Training Center (ELDTC) Anar Mamedly, who criticized the elections openly.

They ask the Czech authorities to call on the President of Azerbaijan to stop political persecutions, to ensure freedom of expression and other fundamental freedoms, release Anar Mamedly, to make legislative changes which will be aimed at protecting human rights and to ensure their implementation.

Organizations also consider it necessary to hold an open press conference with the President of Azerbaijan, in order to discuss these problems publically.