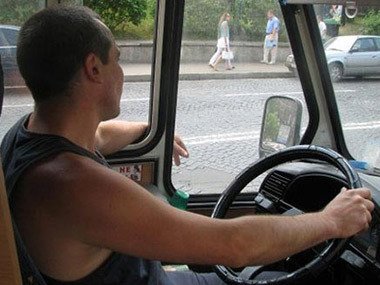 The taxi drivers in Azerbaijan are strictly forbidden to discuss political issues with the passengers. As the Azerbaijani portal "Haqqin.az" reports, about 3 thousand taxi drivers received SMS messages with appropriate warnings from the government, Newspaper "Azadlig" report and does not explain the reasons for the ban.

Azerbaijani authorities are trying to silence those who criticize them, by punishing citizens for their political activities in social networks. This prohibition is also aimed at silencing the dissenting voices. As noted by the human rights organization Amnesty International in its March statement, the Azerbaijani authorities are ready for any tricks, in order to stifle criticism of the opposition, civil society activists and journalists in their address, reads the statement released on the eve.

International organizations, including Human Rights Watch, Amnesty International, "The Committee to Protect Journalists," and others have repeatedly called on the Azerbaijani authorities to release those arrested for political reasons. Amnesty International recognized at the end of the last year, the presence of 14 "prisoners of conscience" in Azerbaijan. According to AI and HRW, in 2013 10 journalists were arrested in Azerbaijan. British organization Index on Censorship stated that freedom of speech in Azerbaijan is under serious threat. According to the organization, in the year of the presidential election the suppression of freedom of speech has reached an unprecedented scale.