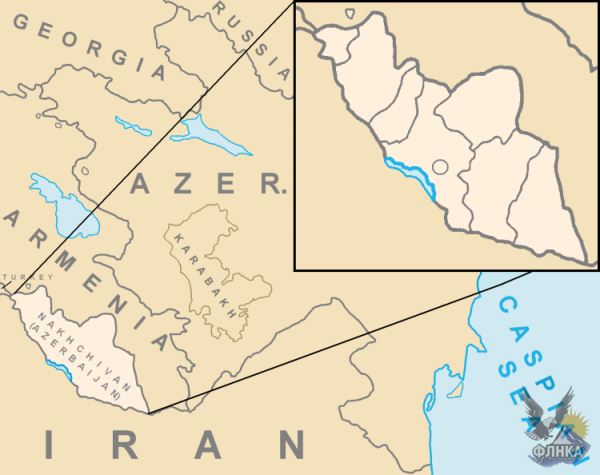 The Minister of Internal Affairs of Nakhijevan Autonomous Republic Ahmed Ahmedov has for a long time collected a dossier on the head of the republic Vasif Talibov. As it is reported by the Azerbaijani news portal Minval.az the dossier has disclosed Talibov’s connection with the sect of Fethullah Gülen and secret cooperation with Israel.

The article reads that the relations between Talibov and Ahmedov are tense and Talibov during his visits to Baku for several times privately complained about the head of MIA and asked for help from certain structures and cycles.

According to the article Ahmedov is a protégé of one of the minister-oligarchs, who is as well a native of Nakhijevan, to whom exactly he gave the collected dossier. It later appeared on the table of the president of Azerbaijan and the leadership of Turkey.

"Note that all of these seem quite plausible and reasonable as Nakhijevan has borders with Iran and Turkey. The attitude of the Turkish elite towards Talibov has never been as warm as with the leadership of Azerbaijan. Perhaps the reason of this is that the head of Nakhijevan created relations with Gülen "Jamaat” before the relations between Turkish PM Recep Tayyip Erdoğan and "hizmets”(members of Gülen movement) were spoiled. Currently Erdoğan opposes any activity of hizmets in Azerbaijan as he called them his enemies and demanded open support of Baku in the elimination of their activities,” Minval.az reports.

What comes to Talibov’s cooperation with Israel, according to the author, there is no need to explain the importance of Nakhijevan which borders Iran for the Jewish state. Israel longs to have its "guards” along the border of Iran. From this point of view the existence of Talibov’s ties with Telaviv seems real. According to the available data the PM of Turkey is well aware of this.

"Even during the meeting with the president of Azerbaijan Ilham Aliyev, Erdoğan though cautiously and in an offended tone touched upon the issue. Turkish PM said, "The closest person of yours cooperates with two of my enemies” (referring to Israel and Gülen ed.),”” the article reads.

The author believes that among the dossiers brought by Erdoğan to Baku there is information about Talibov’s ties with PKK (Kurdish Worker’s Party), which has been discussed for a long time.

"It is possible that the coincidence in time of Ilham Aliyev’s visit to Nakhijevan right after Erdoğan’s visit to Baku and the dissemination of this information is an accident. However, the emergence of reports about Talibov’s ties with "hizmets” simultaneously with the start up of the operations against this movement in Baku and other regions of Azerbaijan and even an official ban on movement’s operation is not likely to be a coincidence. Apparently the dossiers brought by Erdoğan are being used,” the author states.