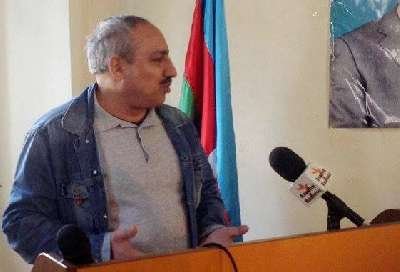 Together For Peace for Our Children

We, the two women – human rights defender and journalist, two mothers from Azerbaijan and Armenia, have been cooperating for almost 10 years, shoulder to shoulder in the uphill struggle for building and enhancing Public Dialogue between our nations warring for more than 20 years.

It is almost 10 years since we have been going hand in hand with joint articles, books, and finally with the first and still unique joint website http://www.publicdialogues.info/. This is a ground for dialogue between Azerbaijanis and Armenians.

It was the website where citizens of Azerbaijan, Armenia, Georgia, Russia, Moldova, Ukraine, the USA and the EU countries communicated, argued and discussed major problems of our societies.

On April 19, 2014 the authorities of Azerbaijan arrested journalist Rauf Mirgadirov. He was arrested on charges of espionage for Armenia (Article 274 of the AR Criminal Code; term of punishment – from 10 years till life term). R. Mirgadirov is an active participant of numerous internet-conferences held in our website and international conferences held in Armenia.

R. Mirgadirov, the Gerd Bucerius International Prize Winner and Honored Journalist of Azerbaijan, is imputed his participation in the public diplomacy actions.

On April 22, 2014 following the decision of the President of Azerbaijan, a joint group of investigators of the General Prosecutor’s Office and the Ministry of National Security was set up to ‘uncover a big network of spies of Armenia in Azerbaijan’. It is not difficult to foretell that they want to include the participants of our Dialogue in this network. They have already begun putting strain on Arif Yunusov, a husband of Leyla Yunus. A. Yunusov authored 8 books and over 230 articles on the contemporary history of Caucasus, particularly the Karabakh conflict. Every year starting from 2001 A. Yunusov has actively participated in international conferences held in Armenia.

Currently Arif Yunusov is hospitalized being in potentially stroke condition.

Uncovering the spy network’ the authorities of Azerbaijan will put an end to joint Azerbaijani-Armenian projects with participation of independent NGOs.

We are calling all the people of good will around the globe!

Raise your voice for protection of peace in Caucasus, for putting a stop to hatred and enmity between the Azerbaijani and Armenian people!

Call for immediate release of Rauf Mirgadirov, a father of 2 small girls!

Demand stop to persecution of the participants of the public diplomacy, the activists of our Dialogue, the advocates for peace and democracy in our countries!

SUPPORT US THROUGH THIS VERY TRYING TIME!

Forward this letter with the word ‘SUPPORT’ and your names to the addresses below:

The Administration of the President of the Republic of Azerbaijan

Mr. Zakir Garalov, the Prosecutor General of the Republic of Azerbaijan

The Ministry of National Security of the Republic of Azerbaijan

The Ministry of Foreign Affairs of the Republic of Azerbaijan

Send a copy of your letters also to our e-mail addresses below:

Chevalier of the French Legion of Honour

Winner of the International Theodor-Haecker-Prize

Director of the Institute for Peace and Democracy

Director of the "Region” Research Center

Leyla Yunus : Subject of "people's diplomacy " is just an excuse for repression