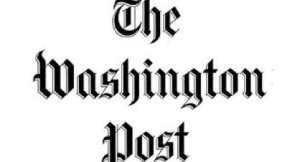 WHEN AN autocrat who is intolerant of dissent begins to see spies and traitors around, it is a good time to be alert. Now is such a moment in Azerbaijan, the oil-rich but liberty-starved former Soviet republic in Central Asia. The regime of President Ilham Aliyev has imprisoned one of the country’s most outspoken advocates for human rights, Leyla Yunus, and her husband, Arif, a historian. The charges: treason, fraud, tax evasion and illegal business activities.

Ms. Yunus is director of the Institute for Peace and Democracy in Baku, a human rights organization, and, in addition to her work defending political prisoners, she has been at the forefront of attempts to bridge the country’s long hostility with Armenia over the disputed Nagorno-Karabakh region. She organized exchanges and confidence-building efforts between Azeri and Armenian intellectuals, and this apparently provided the pretext for the absurd charge of espionage. The government had refused to officially register her institute, making it more vulnerable to the kind of arbitrary and capricious prosecution that is underway.

Ms. Yunus and her husband were blocked at the Baku airport on April 28 and prevented from leaving the country. Their passports were confiscated. They were repeatedly interrogated but defiantly refused to cooperate until their passports are returned along with their freedom. On July 30, Ms. Yunus was detained on her way to a conference. Her husband was also charged and put under house arrest. But he, too, was jailed on Aug. 5 when on the way to deliver a food parcel to her in prison.

For years, Ms. Yunus has spoken out loudly about human rights abuses in Azerbaijan. The response of the country’s strongman ruler, Mr. Aliyev, has been to emulate President Vladimir Putin of Russia, gradually turning the screws on critics through arrests and repressive legislation that narrowed the space for civil society to survive. Another human rights activist, Rasul Jafarov, was also arrested recently, and dozens of others have been detained for political reasons in recent months.

Mr. Aliyev may think he is being clever by silencing critics while a crisis in Ukraine has distracted world attention. But that’s what is different from Soviet times. It is no longer possible to hide such uncivilized behavior. The arrests have drawn wide protests from human rights groups and other nongovernmental organizations. Ms. Yunus wrote an open letter from her jail cell, referring to "jackals of the regime” and declaring: "You could not withstand our words. You responded with violence.”

It is beyond comprehension how Mr. Aliyev can carry out such repression at a time when Azerbaijan is chair of the committee of ministers of the Council of Europe, the continent’s leading human rights organization. Mr. Aliyev clearly craves respect abroad. But his actions deserve condemnation. Leyla and Arif Yunus should be freed immediately. If they are not, perhaps the Council of Europe should ask how long it can tolerate a chairmanship by a nation that does not respect even the basic tenets of human rights and rule of law.

Azerbaijan Gets Tough In Bid To Silence Its Loudest Critic