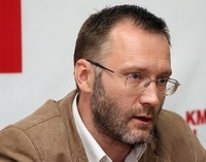 Astrakhan will host the 4th Caspian summit on September 29. Presidents Vladimir Putin (Russia), Ilham Aliyev (Azerbaijan), Hassan Rouhani (Iran), Nursultan Nazarbayev (Kazakhstan) and Gurbanguly Berdimuhamedov (Turkmenistan) will attend the summit. They will discuss cooperation between the coastal states of the Caspian Sea, realization of decisions made at the Baku summit in 2010, priority aspects of cooperation. The sides may sign documents. Putin may have bilateral meetings with other Caspian leaders.

"The fact that the summit has become regular is exceptionally important, in my opinion. It was not a single event, it gained a periodic basis, the heads of the Caspian states understand the need to discuss the problems of the region in a five-sided format – this is one of the results achieved at the summit,” supposes Sergey Mikheyev, the director of the Institute for Caspian Cooperation.

In his words, the five leaders want the unique water body to be exploited only by themselves. The expert believes that there are some key problems that hinder further development of cooperation in the Caspian Region: "One of them is the status problem. The position of Iran is quite complicated, as we all know well. Discussions have been ongoing for many years. There is hope that some intermediate agreement will be found at the summit.” Mikheyev noted that consultations on the status of the Caspian Sea have outgrown the problem and became very productive, because formats to solve many other problems have been developed.

Mikheyev said that the other problem was the economic development of the region: "There are problem points associated with deliveries of hydrocarbons, construction of pipelines. It is not unresolvable. We need to find compromise variants. Compromise variants may be found in the format of the annual five- sided interregional forum between countries of the Caspian Region, like the Russian-Azerbaijani Forum. The forum helped us find compromise decisions for very many issues. We cannot obsess over hydrocarbons alone. Hydrocarbons are certainly very important, they are the main source of money, but if we speak about the prospects of development of the region, the future is in converting hydrocarbon money into joint projects for innovation development of the region. If we manage to invest the money into an innovative development project, it will be beneficial for all participants in the cooperation regime, it would be a solution to many problems.”

The expert noted that the path towards ending differences was through cooperation based on mutual interest: "The whole Caspian Region should be covered in transportation communications that would maintain logistical delivery of goods, people in all directions. One of the ways to end differences in the hydrocarbon sector could be joint development of certain groups of fields and maybe even joint construction of communications.”