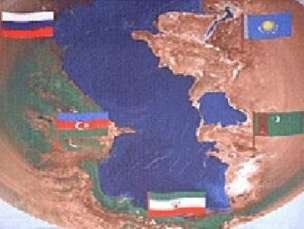 The next meeting of the Ad Hoc Working Group on the preparation of the Convention on the legal status of the Caspian Sea will be held in Ashgabat on January 27-28. The meeting participants will discuss issues of rapprochement between the coastal states on the remaining issues not agreed upon. This was announced by Azerbaijan’s Deputy Foreign Minister Khalaf Khalafov.

On the eve of the Astana summit of the heads of state in the first half of the year a meeting at the level of Foreign Ministers will be also held. Khalafov said that the previous Astrakhan summit had agreed on the 15-mile zone and the sovereign 10-mile zone for fishing. The remaining water surface was left in common use.

The further harmonization of questions will regard the regulation of scientific research, navigation, military navigation, shipping, military activities, military and political security, trade and others.

As part of these questions, continued Khalafov, there is agreement in principle, but certain aspects are still a matter of debate.