The National Interest: Azerbaijan is vulnerable state for Islamic radicalism 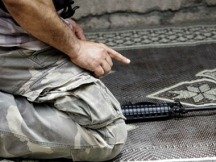 Despite oil wealth and the modernization of Baku, lingering economic, social and political inequality contribute to Azerbaijan’s vulnerability to Islamist appeals. This is stated in the article written by Audrey Altstadt, a fellow at Woodrow Wilson International Center for Scholars and a Professor of History at the University of Massachusetts Amherst, published on "The National Interest”.

According to the article, outside central Baku, poverty is evident. People with Soviet-era educations cannot take advantage of jobs in new industries and often cannot provide better education for their children.

The author states that bribery in Azerbaijan is endemic, and citizens report pressure to give bribes even to get low-level jobs. A perception that the regime is corrupt and unjust can push the populace toward a traditional pole of morality, religion.

"Radical leaders could take advantage of such a climate, and Azerbaijan’s ruling circles are missing opportunities to address these problems,” writes the author.

According to Audrey Altstadt, recent years have been marked by increasing government repression including the marginalization of the genuinely democratic opposition parties. With the failure of the democratic opposition to protect itself, some changes were needed, and in this respect the interest in Islamist groups cannot be ruled out.

Author states, that no other peaceful methods of struggle are left in Azerbaijan as independent human rights activists, journalists and bloggers have been harassed, beaten, and arrested.

As noted in the article, Azerbaijan, located just northeast of Iraq, has a mostly Shi’ite population with a Sunni minority. The state is secular, but President Ilham Aliyev has raised the specter of Islamic extremists in the north where his country borders Russia. So, 26 alleged fighters for Islamist groups, ISIL among them, were arrested last week on their return to Azerbaijan.

Audrey Altstadt states, it would be premature to suggest that Azerbaijan is immune from Islamist appeals. The Sunni population in the north can hardly be insulated against the radicalism of the north Caucasus. Some experts have suggested that sectarian conflicts in the region have encouraged or deepened divisions within Azerbaijani society, especially in rural areas. But hard evidence is illusive.

It's noted in the article that religious individuals are persecuted without differentiation. Such broad-brush treatment impedes efforts to get a clear reading on the type and depth of political uses of Islam and the potential for future radicalism among Azerbaijanis.

The author states that neighboring Russia and the Middle East, the entire south Caucasus is vulnerable. The potential autonomy or secession of the Kurds affects each of the three states of south Caucasus, though differently – Georgia and Azerbaijan stand to lose territory while Armenia stands to gain.

At the same time, the author notes, that the attraction of radicalism itself could be reduced if the Aliyev government were to protect civil society.

Sumgait is epicenter of Wahhabism in Azerbaijan, where in 1988 they demanded not ‘‘bread and meat’’ but blood of Armenians