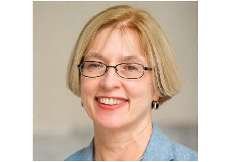 Europe, Eurasia and Emerging Threats Subcommittee House Foreign Affairs Committee February 12, 2015
Oral Testimony:
FIRST, context: Azerbaijan is the only country that borders both Russia and Iran. It was ruled by both and bears the vestiges of both in its politics and cultural. Its oil and gas wealth have made Azerbaijan a significant contributor to European energy security and give it the potential to be an important partner in this and other commercial dealings. The government has cooperated with the US in the War on Terror. At the same time, the government of Azerbaijan must deal with pressures from its neighbors and near-neighbors, challenges any government in Baku would have to face.
Azerbaijan’s independence and internal stability are necessary but not sufficient to its full and healthy functioning as a state or as a society. Nor does stability alone make it a good partner.
SECOND Azerbaijan today is not a democracy and its government does not respect human rights.
The present government has been moving away from and not closer to pluralism, democratic elections, open discourse in society, freely functioning media and observation of human rights. Restrictions have gradually increased in the last 10 years but radically so in the past 1-1/2 – 2 years, since the 2013 Presidential election campaign.
Ruling circles have shown growing intolerance of criticism and protests. Yet the criticism and protests have continued raising fears of a potential "BakuMaidan.” The government of President Ilham Aliyev has carried out a pre-emptive strike against regime critics of – political groups and parties, especially youth movements, human rights defenders, journalists, the lawyers that defend them. These people are not against Azerbaijan’s statehood, independence or stability but they do oppose the ruling regime’s policies and, increasingly, the ruling regime itself.
The crackdown of 2014 is counterproductive and dangerous. Public discourse in civil society is the life-breath of the body politic. Constricting the space for freedom of speech, assembly, press as we have seen in Azerbaijan is suffocating to that body. The loser is Azerbaijani society which is deprived of political participation and peaceful redress of grievances. But the government also loses because it is deprived of new ideas, the purifying fire of public debate, and the legitimacy which transparency bestows. Such restrictions, moreover, can drive the populace toward radicalism in its effort to find a venue for social and economic change.
The European Parliament, the United Nations Subcommittee on Human Rights and other international bodies such as Human Rights Watch and Reporters Without Borders have noted this disturbing trend.   The Council of Europe Commissioner for Human Rights, Nils Muiznieks, after a visit in October 2014 to Azerbaijan described what he called : "an unprecedented crackdown on human rights defenders during its chairmanship [of the CoE Committee of Ministers]. [and he added]  All of my partners in Azerbaijan are in jail.”[1]
The rhetoric of these repressions had taken a decidedly anti-American tone. A December article by Presidential Chief of Staff Ramiz Mehtiyev accused the United States of instigating the color revolutions, the Arab Spring and the Maidan movement in Ukraine. He accused the US of trying to "destabilize” the Aliyev government under the guise of protecting human rights. The alleged US tools were NGOs and Azerbaijani citizens that Mehtiyev declared to be a "5th Column.” Such citizens were disloyal, he added, and named as one example investigative reporter Khadija Ismailova who worked at Radio Liberty. Two days later she was arrested and by the end of the month RL office (Azadliq) was raided and closed, its staff questioned without attorney being present.
These statements and actions[2]  suggest Azerbaijan’s government is moving away from the West and toward Russia which President Aliyev has called "a good friend.” It may be that a pro-Russian faction has ascendency, but it could not act without President Aliyev’s knowledge and approval. This does not mean, however, that Azerbaijan’s leaders are completely changing direction. More likely they are seeking a new balance among neighbors and business partners. Baku’s ruling elites do not want to lose the benefits of commercial deals with the West and the lavish life-style options available in Western countries, including real estate, education for their children, and bank accounts in stable currencies protected by law. Azerbaijan’s elites want to keep the opportunities and privileges that the West offers, and present themselves as Western partners without actually fulfilling the obligations of a Western state, a member of the OSCE and Council of Europe, that observes human rights and holds free and fair elections. In short, they want to have it both ways.
The US should certainly evaluate Azerbaijan in a more nuanced, holistic, and realistic light. BUT it is imperative that the United States not ignore or deny the Azerbaijani regime’s failings in human rights, media freedom, civil society and democratization. The US owes it to the pro-democracy forces within Azerbaijan to speak up clearly and consistently for the defense of the same rights that are the foundation of the United States. The argument that the US should set aside these failings in the interests of commercial gain or the so-called "stability” which the regime advertises would constitute a betrayal of US values and would further diminish the image and moral power of the US in Azerbaijan and in the world.
END OF ORAL
1]  "Nils Muižnieks: Azerbaijan’s reprisals against brave activists and journalists must stop now,” posted November 24 http://www.indexoncensorship.org/2014/11/nils-muiznieks-azerbaijans-reprisals-brave-activists-journalists-must-stop-now/
[2] In a most recent note at PACE, Azerbaijan voted with the minority against further sanctions on Russia because of its interference in Ukraine. A few days ago, Azerbaijan applied for observer status in the Shanghai Cooperation Organization.

Hearings on the Southern Energy Corridor in Washington

US House Committee to Hold Hearing on Azerbaijan

The National Interest: Azerbaijan is vulnerable state for Islamic radicalism