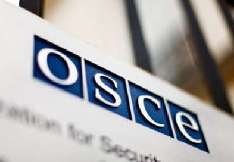 Member countries of the OSCE Minsk within the Ministerial Council of Basle issued a joint statement on the settlement of the Karabakh conflict.

The Heads of Delegation of the OSCE Minsk Group Co-Chair countries – Foreign Minister of the Russian Federation Sergey Lavrov, Secretary of State of the United States John Kerry,­­ State Secretary for European Affairs of France Harlem Desir – remain strongly committed to a peaceful resolution of the Nagorno-Karabakh conflict.  There is no military solution, and we call on the sides to refrain from violence and work actively towards a lasting settlement.

We regret the upsurge in violence in the past year along the Line of Contact and the Armenia-Azerbaijan border.  Military actions in July and August resulted in a significant loss of life, raised tensions and deepened mistrust between the sides. The sides must take additional actions to reinforce the ceasefire of 1994 and create a more favorable atmosphere for advancing peace talks.

The November 12 downing of a military helicopter along the Line of Contact was an avoidable tragedy that underscored the importance of measures by the sides to reduce tensions, restore trust, and avoid future incidents. We appeal to all sides to demonstrate restraint to prevent further escalation.  We also call on them to settle humanitarian issues in the spirit of the Astrakhan statement of October 2010 of the Presidents of Armenia, Azerbaijan and the Russian Federation.

The three meetings between the Presidents of Armenia and Azerbaijan in 2014 at Sochi, Newport, and Paris have revitalized the most important channel of communication between the sides.  We welcome the agreement by the Presidents in Paris to intensify dialogue in the coming year.  It is time for the sides to overcome disagreements, restore confidence, and honour their commitment to enter into a negotiating process that can result in a settlement. They are expected to acknowledge that the basis for a comprehensive settlement are the elements and principles outlined in the joint statements by the Presidents of Russia, the United States, and France, especially those that were discussed during the  last  summit in Paris.  Negotiations on a comprehensive peace agreement under the auspices of the Co-Chair countries should begin as soon as possible.

We remain ready to work closely with the sides to reach a lasting settlement and open a new chapter of peace, but stress that the primary responsibility to end the Nagorno-Karabakh conflict rests with the leaders of Armenia and Azerbaijan, the statement reads.