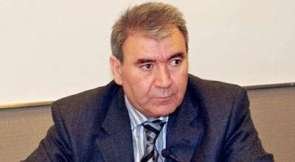 The Committee to Protect the rights of Leyla Yunus and other political prisoners issued a statement in which it strongly condemned the arrest of journalist Khadija Ismayilova.  The committee is headed by the Chairman of the National Council Jamil Hasanli. "Aliyev’s regime which is rapidly losing support of local and international community sees the only way to protect their power in threatening the Azerbaijani society.  For this the authorities continue repression against civil  society and media.

Unfortunately, this happened within six months of Azerbaijan's chairmanship in the CE Committee of Ministers. During this period, were arrested prominent human rights activists and public figures of the country, reactionary changes in legislation, frozen bank accounts of NGOs, dozens of civil society activists were forced to leave the country,"  reads  the statement of  the committee.

The document further states that the police have started a new wave of arrests after the publication of the presidential administration Ramiz Mehtiyev, the content of which is contrary to the constitution and anti-Western. One of these steps was the arrest on trumped-up charges of employee "Radio Azadliq" Khadija Ismayilova, which the authorities have long wanted to silence. Ismailova is not only well-known and talented journalist and civil society activist.

The authors of the statement believe that the real reason for  the arrest of  Ismaylova became her investigative reporting on secret business of Ilham Aliyev and his family members.

Ismailova, in recent years,  has become a symbol of the carriers of new values in the Azerbaijani society. These values are based on the principles of honesty, truth, conscientious way of life, a determined struggle against corruption.

The Committee believes that Ismaylova was arrested on absurd, ridiculous and false charges. Her arrest is a manifestation of intolerance to criticism and suppression of freedom of expression.

The statement authors believe that it is impossible to break the resistance of people dictatorship by threats, and they never hold power until the end. In conclusion, the committee demanded the immediate release of  Ismaylova and other political prisoners.