Azerbaijan: Land of Fire? It is for some. 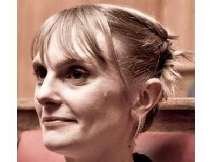 Six months from now Baku, the capital of gas-and-oil rich Azerbaijan, will host the first ever European Games. There will be the usual cycling, running and swimming, and the less usual sambo, a martial arts-wrestling hybrid originally developed by the Soviet Army in the 1920s. There will be unabated joy and crushing disappointment. There will be blood, there will be sweat, there will be tears. But perhaps not in the way you might think.

The European Games (kind of an Olympics only for European countries) is just one of a number of sporting endeavours Azerbaijan has pursued in recent years. The capital will also be a host city for the European Football Championships in 2020, Bernie Ecclestone is taking Formula 1 to the country in 2016 and, of course, the government sponsors Spanish top-flight football team Atlético Madrid, with the slogan ‘Azerbaijan: Land of Fire’ emblazoned across the players’ shirts (and across TV screens around the world).

The TV cameras that will follow the European Games, Euro 2020 and F1 to Azerbaijan will give the country a chance to show off to the world. The government will be hoping to convince politicians, investors and tourists that it can be a player on the global stage, a nation with world class architecture (a cultural centre in central Baku designed by British architect Zaha Hadid controversially won the London Design Museum's Design of the Year Award 2014) and the sophistication, organisation and money to pull off major sports events.

But don't be fooled. All of this merely serves to mask something more sinister going on behind the scenes. In fact, you could take it as a template lesson in how to launder a country's image through sport.

In the wake of the horrific events in Paris last week it has been pointed out that governments pose at least as much of a threat to free speech as terrorists. Well, Azerbaijan can count itself member of that club, having launched an extensive clampdown on freedom of expression, silencing those who challenge the authorities with violence, threats and jail. The country comes 156th out of 179 in Reporters Without Borders' World Press Freedom Index.

It is a crackdown that has coincided with the Arab Spring, national presidential elections in 2013 and the ongoing conflict between Russia and Ukraine. Over the last few years the authorities have systematically targeted campaigners, activists and journalists, banned and violently dispersed peaceful protests, censored media and imposed onerous restrictions on NGO activities. So far, so (un)sporting.

In one of the country’s most recent and blatant attempts at silencing critical voices, Khadija Ismayilova - investigative journalist, campaigner, translator of Khaled Hosseini’s bestselling novel The Kite Runner, and recipient of many international awards - was arrested last month on the absurd charge of driving a former colleague to attempt suicide. Ismayilova reports on corruption and is no stranger to persecution by the authorities. She is facing separate charges of libel. She has been threatened, blackmailed, and found herself the victim of a smear campaign – all with the aim of stopping her from carrying out her journalistic work.

In July, Leyla Yunus, the director of an NGO called the Institute for Peace and Democracy, was arrested and detained shortly after calling for an international boycott of the European Games because of the country's dire human rights record. She has been charged with treason (allegedly spying for Armenia), tax evasion, forgery and fraud. Her husband, Arif, has also been arrested on similar charges.

In August and September, Amnesty received repeated and credible allegations of further violent attacks on - and arbitrary arrests and unfair trials of - journalists, campaigners and others who attempt to hold the authorities to account. The country now has at least 20 prisoners of conscience, including Ismayilova and Leyla and Arif Yunus – all behind bars as criminal suspects in connection with their attempts to peacefully exercise their rights to freedom of expression, assembly and association.

Until November Azerbaijan was, somewhat unbelievably, chair of the Committee of Ministers of the Council of Europe. The committee has an important role in ensuring that all member states respect, promote and protect the freedoms and rights enshrined in the European Convention on Human Rights. Jailing people for challenging and criticising the authorities, allowing savage attacks on journalists and making threats of violence are - it goes without saying - a direct violation of the very convention Azerbaijan was tasked with promoting.

So why has the international community been so quiet on Azerbaijan’s dismal record?  Well, this is where global politics, the desperate race for more secure sources of oil and gas and business interests collide. And sport provides the perfect cover.

Since the crisis began in Ukraine, it appears that European governments have been less keen to criticise human rights abuses in Azerbaijan. Amid deteriorating relations between the West and Russia – which provides much of Europe's oil and gas - EU countries want to identify alternative sources of energy. Not only does Azerbaijan have these in abundance, but a new pipeline, the Trans Adriatic – in which, as an aside, BP is a major investor - is being built that will carry gas from Azerbaijan to the Mediterranean, eventually offering EU countries secure access to the gas they need.

The reluctance of foreign leaders to compromise their energy interests by speaking out on the crackdown in Azerbaijan provides the armour Baku needs to protect itself from criticism over how it treats its citizens. In the meantime, those who challenge the authorities continue to be beaten up and locked up, hidden and silenced, all before the TV cameras start rolling. Azerbaijan – Land of Fire? It is for some.