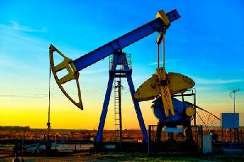 Gal Luft, co-director of Institute for the Analysis of Global Security, commented on Azerbaijan's shock-and-awe move on Manat's devaluation and becoming a casualty of plunging oil prices.

"Its time to wake up... When oil and gas account for 95 percent of a country's exports and 75 percent of government revenues its only a matter of time before you get hit by an economically devastating commodity bust," he said in an interview with TURAN's Washington D.C. correspondent.

The Central Bank of Azerbaijan (CBA) has abruptly devalued the country's currency against the dollar and the euro. Baku officials said the devaluation was aimed at "stimulating the diversification of Azerbaijan's economy, strengthening the international competitiveness of the economy and its export potential, and guaranteeing stability in the balance of payments."

How disruptive Manat dive is and what lessons should Baku take away from current economy reality?

Answering to this question, Luft said, the lesson for the Azeri government is that the country "must insulate itself from the fluctuations in commodity markets and move much more expeditiously to diversify its economy."

"Forget about hosting grandiose global events and launching mass projects... Azerbaijan main project should be to drill less into the ground and more into the brains of the people," he added.

U.S. analysts on Azeri Manat rate drop: "How Ilham Aliyev will explain it to supporters?"