U.S. analysts on Azeri Manat rate drop: "How Ilham Aliyev will explain it to supporters?" 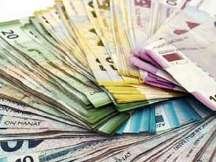 Azerbaijan appeared headed last Saturday for the "worst economic turbulence in its independence, raising fundamental questions about the future of the country as investors' trust in its basic institutions seemed to be eroding fast," TURAN's Washington correspondent was told by an economy analyst who recently returned from his trip to the oil-reach Caspian country.

The sudden drop in the Azeri Manat for 33 percent against the dollar is "a sign that Azeri policymakers feel they have few options left to fight the crisis," said a source on the condition of anonymity.

"President Ilham Aliyev yet remains popular in the country, according to his advisors who convinced recent U.S. scholars visiting their country, but his rule has long been predicated on a basic bargain with supporters to provide economic prosperity and stability in exchange for political activity:The question is how he will explain current Manat drop to his supporters," the analyst said.

Aliyev did not publicly address the crisis on Monday, but pro-government media speculates that he might change the decision of the Central Bank.

Another analyst, Martin Spechler, a veteran professor of economics at Indiana University, believes that a drop in the Manat rate is "not out of line with other energy exporters and economies with fairly close relations with Russia, where the Ruble has fallen even more than 35%!"

"The consequence will be higher prices for imports and in Azerbaijan, inflation, because you import so much: A higher interest rate will hold capital within the country to some extent, but of course it will also retard development of small business," he told TURAN's Washington correspondent.

"It will make luxury purchases by the elite of Baku more expensive, too," he said: "But Azerbaijan has the talented people necessary to live in a somewhat smaller economy that will rely on domestic sources of food and fiber."

A possible bright spot, added Spechler, is that "this will make reforms and diversification of Azeri industry more pressing and will discourage an arms build up in preparation for war with Armenia."

Defense Ministry: Azerbaijan does everything possible for Armenian servicemen to choose transfer to third country