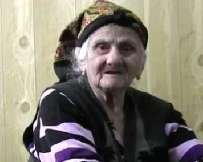 87-year-old Adel Salimova said police forced her to testify against Gunel Hasanli, daughter of the head of the National Council of Democratic Forces (NCDF) Jamil Hasanli. This is what the woman herself told Meydan TV.

On February 20 Yasamal District Court sentenced G. Hasanli to 1.5 years in prison, convicting her of committing a traffic accident. According to the investigation, G. Hasanli allegedly hit Salimova with her car.

The very same woman says that she has no claims to G. Hasanli. According to Salimova, in the police department and during the examination she was forced to testify against Hasanli.

On the day of the accident Salimova went to the mosque Ilahiyet, where she was promised to help. According to her, on the way she felt bad, her blood pressure rose and she fell to the ground.

"When she (G. Hasanli) was driving by, she slightly touched me. She helped me and took me to an x-ray lab to check. It turned out that there were no fractures or injuries," said Salimova.

However, examination after 12 days "revealed" a hematoma on her left leg and "established" that it was applied with a blunt object and could arise from hitting by the front of a car.

During the examination, the woman was told that if she "hid the truth", then she would be complained about. At the same time, Salimova said that she does not have even a small wound.

The woman said that after learning of the decision of the Yasamal district, she cannot sleep at night and is highly nervous.