In Makhachkala, mosque employee arrested on suspicion of possessing ammunition 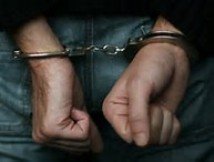 The Soviet District Court of Makhachkala has placed under house arrest Ibodullo Nabotov, a budun (employee) of one of the mosques in the capital of Dagestan. According to his advocate, he is suspected of possessing a grenade and narcotic substances.

On April 17, at the request of investigators, the court announced the decision to place Ibodullo Nabotov under house arrest for two months, the "Caucasian Knot" correspondent was told by advocate Murad Mallaev.

According to the advocate, the formal charge has not yet filed against Ibodullo Nabotov.

Ibodullo Nabotov, who worked as a budun (employee calling for prayer) of the Mosque located in Hungarian Soldiers Street in Makhachkala, was detained on April 14, the "Caucasian Knot" correspondent was told by one of the mosque-goers.

"As far as I know, relatives were not aware of his whereabouts for two days. Then, it turned out that he was summoned for a conversation to a local police inspector and a grenade and drugs were found at his place during the search. Of course, does not believe in that version," said a mosque-goer, who preferred to remain anonymous.

According to the source, mosque-goers are often detained in the mosque.