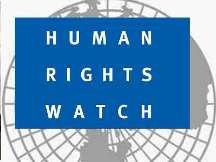 A guide for journalists published on May 5, 2015, by Human Rights Watch highlights key human rights concerns surrounding the inaugural European Games, to be held June 12-28 in Baku. The "Reporters’ Guide to Covering the 2015 European Games in Baku” outlines theAzerbaijani government’s dramatically deteriorating human rights record and explains how it contradicts the Olympic Charter.

The first European Games, organized under the Olympic Charter and supervised by the European Olympic Committees, is expected to bring together over 6,000 athletes from 50 European countries.

"As the Azerbaijani government is welcoming all of Europe for this new sporting event, it is cracking down harder than ever on its critics,” said Jane Buchanan, associate Europe and Central Asia director at Human Rights Watch. "Government repression is making these games historic for all the wrong reasons, and it’s important for journalists to capture the whole story.”

The guide provides political and economic background on Azerbaijan and describes the government’s unprecedented campaign to suppress dissenting voices. After several years of a revolving-door policy of detaining and releasing government critics, in 2014 the authorities prosecuted or jailed at least 35 journalists, human rights defenders, and political activists on unfounded charges. The crackdown has prompted others to flee the country or go into hiding.

The reporters’ guide includes photo features about some of those unjustly imprisoned.

Many of the arrested activists face similar charges – including narcotics and weapons possession, tax evasion, hooliganism, incitement, and even treason – suggesting the politically motivated nature of the allegations, Human Rights Watch said.

The government’s restrictions on media freedom and imprisonment of journalists may impair the ability of foreign journalists to cover the European Games and the broader situation in the country, Human Rights Watch said.

The reporters’ guide also provides background on the inaugural European Games, the European Olympic Committees, and the human rights commitments that are fundamental to the Olympic Movement.

"The Baku games are organized under the auspices of the Olympic Charter, which enshrines the principle of human dignity and the role sport plays in advancing it,” Buchanan said. "The Azerbaijani government’s widespread abuses contradict this principle.”

To read the "Reporters’ Guide to Covering the 2015 European Games in Baku,” please visit:
http://www.hrw.org/news/2015/05/05/reporters-guide-covering-2015-european-games-baku-azerbaijan