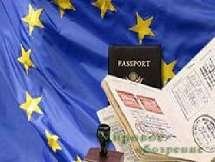 The Fourth summit of the "Eastern Partnership" - a program designed to develop the EU's relations with the European countries the post-Soviet space opened today in Riga.  It is expected that the  main themes will be security in the region and Ukrainian conflict, as well as prospects for visa-free regime for Ukraine and Georgia.

Despite the participation of the  "Eastern Partnership" project, the six post-Soviet states - Armenia, Azerbaijan, Georgia, Moldova, Ukraine and Belarus - are very different from each other, by their rhetoric against Russia, and by their proximity to the EU.

So, on the eve of the summit Belarus and Armenia refused to sign the final declaration because it contained the phrase about the "illegal annexation of the Crimea" by Russia. Both countries supported Russia even during the vote on the UN resolution condemning the Crimean referendum and joining the peninsula to Russia. But by the evening on May 21  the text of the statement was agreed, reported by the President of Latvia Andris Berzins.

At a media conference on May 20, an event that took place in the framework of the summit, which discussed the prospects of development of the media in the countries of the "Eastern Partnership" - many participants spoke of Russian propaganda, as a factor hindering the development of, and the executive director of the Institute of Ukrainian mass media Oksana Romaniuk urged colleagues "to join forces against the Russian information war."

Welcome speech by the President of Ukraine Petro Poroshenko, who arrived at the summit, also sounded more emotional than those of most of his colleagues. "Now we have complete proof of the presence of the regular units of the Russian army. Today, as you probably know, the OSCE and the International Committee of the Red Cross made an official statement about the soldiers who are now being treated in our hospital," he said, referring to reporters.

For Ukraine and Georgia, the Riga summit is particularly important: before the event itself, some predicted that it was here that may sound a word of introduction of a visa-free regime with the EU, which Moldova has already achieved in the past year. However, on May 8 the European Commission published a report in which it was said that as long as Kiev and Tbilisi do not fulfill all the conditions necessary for the introduction of a visa-free regime.

However, the performance of Petr Poroshenko and the Prime Minister of Georgia Irakli Garibashvili sounded optimistic. Poroshenko said that Ukraine will complete the reforms envisaged in the plan of visa liberalization, in November this year. Garibashvili promised to finish by December. "We hope that by the end of the year we will complete these procedures, and the citizens of Georgia will be able to travel to Europe without a visa," the Prime Minister of Georgia told reporters.

Optimism Ukrainian and Georgian authorities strongly supported  the leaders of the EU countries. So, the president of Lithuania Dalia Grybauskaite expressed hope that visa-free regime for the two countries will be discussed at the end of the year, and said that "countries that have chosen a European path of development achieved great success", and  Latvian president called it "one of the  main directions of work. "

German Chancellor Angela Merkel  told in her speech   in Riga about the imminent introduction of a visa-free regime with Georgia and Ukraine.