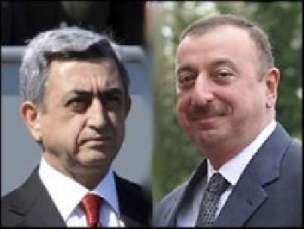 Azerbaijan and Armenia are to discuss the Nagorno-Karabakh conflict on the sidelines of the Eastern Partnership summit in Riga, which will be held 21 - 22 May, the representative of the EU said.

"On Nagorno-Karabakh there is a so-called Minsk process, which is chaired by one of our member countries - France, as well as Russia and the US. They organize a meeting of the Presidents and Foreign Ministers of the two countries. In Riga there will be another meeting of the Presidents or Ministers of Foreign Affairs. This is one of the few processes where the European Union is not involved," RIA Novosti quotes the representative of the European Union, who wished to remain anonymous.

He noted that to resolve the conflict "the format is not changed." "We are absolutely confident in the efforts of Russian, American and French colleagues to do everything that they can. But, unfortunately, this is a very difficult question," said the European official.