Shadow Side of Azerbaijani-Russian Trade Cooperation 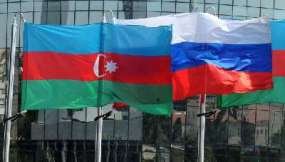 Putin did not clarify data in money terms, but clarification by the agency Turan revealed serious inconsistency in the data reported by the Russian and Azerbaijani sides.

It is unlikely that the Russian statistics bluff. Earlier studies by Turan, as well as a number of NGOs and the media showed that the Azerbaijani customs hides the real trade with almost all countries, including Turkey, Iran, Belarus and others.

However, the government and law enforcement agencies do not react to the large-scale criminal facts that have become known to the public and lead to the loss of billions for the economy.