The ethnic tension in Dagestan is boosting under president Abdulatipov 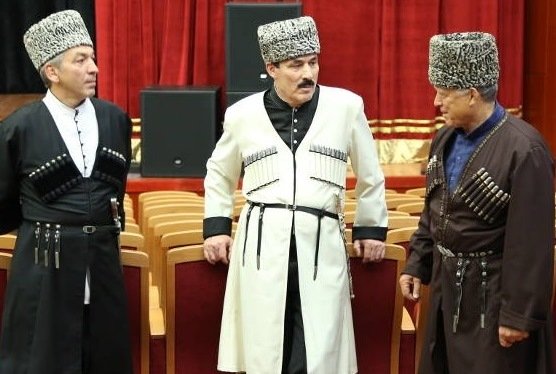 In 2013 Dagestan met with enthusiasm Abdulatipov’s arrival to power then thinking that Dagestan entered a new era of development. Abdulatipov was seen as one of the best specialist in inter-ethnic relations in Russia and what was even more important he was nonrelated to any elite clans and their fighting with each other.

However having come to Dagestan he immediately declared that he "released Dagestan from slavery under which Daghestani people had been living for 20 years.” This declaration amazed the people rather than made them happy. They could reconcile if their region had been characterized as clan-based and corrupted, full of extremists and terrorists, but they could not believe that the most freedom-loving people of Euro-Asia could be called slaves.
I cannot even imagine what will happen in London if the queen says that the queen’s subjects are slaves. They will destroy her palace, I am sure.

After the "release from slavery” very alarming tendencies emerged in Dagestan threatening the security of the most multi-ethnic region of the Russian Federation.

The inter-ethnic tension started growing in the republic after one of the most efficient specialist in the inter-ethnic relations came to power in Dagestan.

The most threatening was the unprecedented tension that emerged in between Avars, Lacks and Kumycks who, as it is, had a long-lasting unresolved land issue due to the resettlement of Avars and Lacks to the lands traditionally settled by Kumycks. When Abdulatipov declared that "land in the republic does not have ethnicity” the situation exploded.

Commenting on this declaration Dagestani sociologist Enver Kisriev said that "Abdulatipov sends an alarming signal saying that "land has no ethnicity” because this implies that he is not going to take into account the interests of the people historically residing on the land.

Thus this careless statement made by Abdulatipov provoked the convocation of an Extraordinary Congress of Kumycks that took place in Pyatigorsk (a city in the Stavropol region in the south of Russia) where its delegates lashed out at policies pursued by Abdulatipov.

Moscow then took very much alarm about its own initiative to send Abdulatipov to Dagestan.

The Kumyck land problem was not resolved but the situation with this ethnic group was even deeper cornered.  The elderly leader of the Kumyck movement was severely beaten in Dagestan after the Congress and his picture on a hospital bed was published by many news agencies. All this further aggravated the situation and caused a lot of protests. Meetings, hunger strikes, petitions were replaced by stone-throwing and real fighting between Kumycks and the people resettled to their land from the mountains.

The ancient Dagestani city of Derbent became another site of ethnic tension. Abdulatipov launched an unprecedented campaign pressing the Head of the city Imam Yaraliev to resign from his post thus making strained the relations among southern ethnicities of Dagestan in particularly between Lezghins and Azerbaijanis.

Abdulatipov’s allies did not disdain a direct incitement of ethnic hatred in the most complicated area of Dagestan. They had cynically inspired destruction of the tomb of Shiite spiritual authority Mir-Seid and the desecration of the monument to Azeri poet Nizamy Gyandzhevi. All this provoked a number of protests arranged by indignant Azerbaijanis.

Even the former presidents of Dagestan who were not considered to be "the best specialist in inter-ethnic relations and federalism” did not use such provocative methods of fighting for power.
Those are only two examples that demonstrate the negative impact of Abdulatipov’s policy in the field of ethnic relations that after he came to power became more complicated in many other regions of Dagestan. We could compile an endless list of such problems. But what is more important that the authorities of Dagestan instead of solving the accumulating problems are busy with chaotic and senseless reshuffle of the top Dagestani officials.

After Abdulatipov came to power a change of three ministers of state property, dozens of heads of city and village administrations, three mayors of Mahachkala (capital of Dagestan) and three mayors of Derbent city have taken place in the republic during a very short period of time.

Now the only thing that inspires hope to the authorities and the population of Dagestan is an extreme wisdom and tolerance of the Dagestani peoples that for many centuries have helped them to extinguish the terrible challenges to the inter-ethnic agreement in this complicated region.