In defense of the journalist 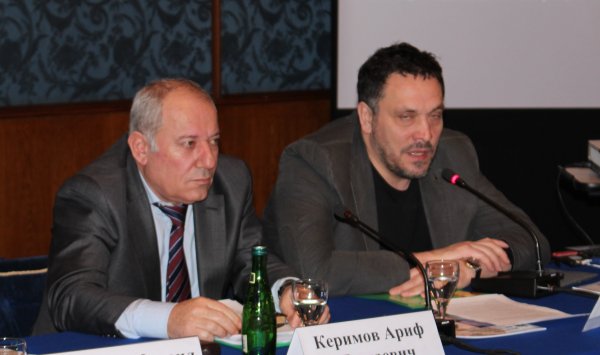 Recently I have learnt that the Council of Senior Citizens of Dagestan sent a letter of complaint to President Putin against respected journalist Maxim Shevchenko.
This open and courageous man, my colleague and friend is blamed of "anti-state propaganda” and "approval of terrorism.” Apart from it, there are numerous false accusations in the letter showing that it was written as directed by a person offended by the truth voiced by the journalist in mass media.
My question is what infuriated so much the Council of Senior Citizens of Dagestan? Why those people in the Council are watching so closely the journalist’s activities being absolutely indifferent to the real problems that Dagestan faces.
There are not so many Caucasians who did as much for Dagestan as journalist Shevchenko did. He actualized the problems of our region and put them up for discussion at the highest level. He is a professional who is never afraid of expressing his thoughts directly and always acts in the interests of the multi-ethnic people of Russia.
Why the Council, the members of which should be a sample of morality, revealed itself only by writing this letter and arranging a number of meetings. Dagestan now needs respected senior public figures to prevent negative processes developing in the republic. Dagestani youth needs guidance and the Council’s involvement into the educational process of the young generation is in demand. Their assistance in combating extremism is essential.
It is evident that the letter was not initiated by the Council. The content of this letter was most probably recommended by the Dagestani authorities that are now mostly busy with permanent praising their achievements and are displeased with any criticism against them.
I would like to summarize all the above with the words of journalist Shevchenko:
"Only those who killed or know who has killed but do not want to solve the crimes want to shut my mouth, to make me keep silent about the killed colleagues-journalists…
The also do not want to hear about the tortures, lawlessness, criminal cut of the budgets, complete failure of the ethnic and Kossacks policy in the South-Caucasian Federal District. Who are they who wrote this letter?... Judge for yourself… I am not mad at those who sign such letters. As a rule, they are "strongly asked” about it.”

President of the Federal Lezghin National and Cultural Autonomy (FLNCA)