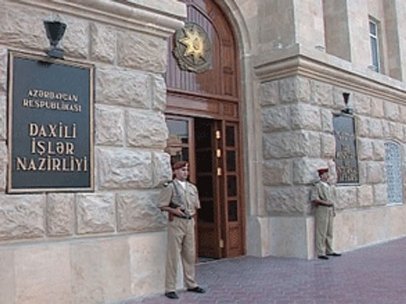 Yesterday night we received a great piece of news from Azerbaijan. The last of the four arrested in Azerbaijan and accused of crimes they had never committed, ethnic Lezghin, citizen of Azerbaijan was released right in the court room. The criminal cases filed in Azerbaijan against the three arrested our compatriots and Russian citizens – Javid Babaev, Tariel Sarkarov and Ayaz Azakhov were closed earlier, they regained freedom and today, early in the morning, returned to Russia.
The justice prevailed and the false accusations were removed. They have the only real "guilt” – they were the relatives of the leaders of the Federal Lezghin National and Cultural Autonomy.
Now that all the troubles are over we would like to express our gratitude to all those who contributed to the positive resolution of the problem.

First and foremost I would like to express gratitude to all our compatriots, to the general public of Dagestan and Russia, to all those who were responsive and compassionate to our problem.
I am grateful to all my colleagues – members of the Council for Inter-Ethnic Relations under the President of the Russian Federation who signed a collective letter addressing President Putin and requesting  to release the innocent people arrested in Azerbaijan.

I can’t help expressing particular gratitude to Maxim Shevchenko, a remarkable journalist, well-known public leader, and FLNCA’s friend, for the efforts he has made to acquit and release our compatriots.
International organizations, the European Parliament and UNPO, have also contributed to the positive resolution of the problem.

I should also emphasize that the positive outcome was achieved to a great extend thanks to the endeavors undertaken by the staff of the Presidential Administration and the Ministry of Foreign Affairs of the Russian Federation. They managed, without damaging the successfully developing cooperation between Russian and Azerbaijan, to resolve positively the problem of our great concern.
No words can express all my gratitude and appreciation to President of the RF Vladimir Putin who found the time to address and resolve this problem.
My recognition and respect should also go to the Azeri side, to all those who revealed the sense of justice towards the innocent people whose fates could have been broken due to the falsely understood "state interests” by some zealous officials.

Our most hearty thanks should also be expressed to the Ambassador of Azerbaijan in Russia Mr Palad Byulbyul-ogly, who showed the best human qualities, looked into the problem and found the way to its resolution.
And of course we had no doubts that the final outcome of the cases was in the hands of President Ilham Aliev, as a guarantor of the Constitution of his country. All of us, our families and friends express our sincere gratitude and appreciation to him for the fair decisions taken with regard to these cases.
On behalf of FLNCA which I presently head I would like to declare my deep recognition and respect to the  brotherly people of Azerbaijan. Our activities aimed at protection and development of our ethnic culture and identity of Lezghin people should not  be perceived as unfriendly and inimical towards any ethnicity, all the more so towards Azeri people - our closest historical neighbours.

Arif Kerimov, Member of the Council for Inter-Ethnic Relations under the President of the Russian Federation, FLNCA President