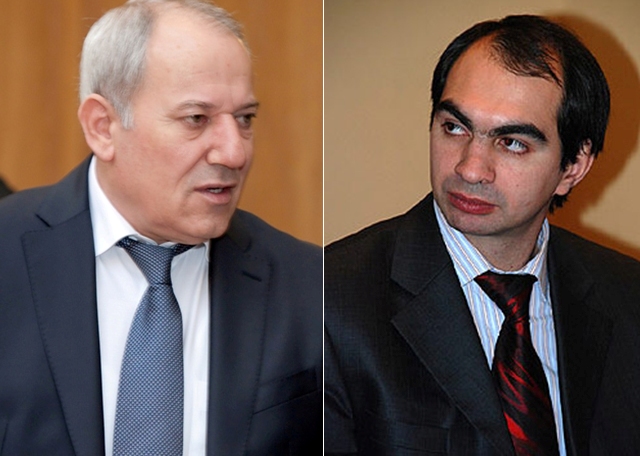 Baku authorities started openly repress representatives of indigenous peoples of Azerbaijan. In August 2013 they arrested three civilians belonging to Lezghi minorities in various regions of the Republic of Azerbaijan.

The Lezghis were rudely seized and their relatives learnt about their arrest only few days later. All those arrested have two things in common. All three of them are threatened to be accused of serious crimes, and they are all close relatives of the FLNCA top officials.

These arrests testify to the fact that Azeri authorities have changed over to open terror with regard to those Lezghis who try to protect their cultural and language rights.

One of the arrested – Eldar Mamedov, Azeri citizen, born in 1956. He was seized in the town of Oguz (former Vartashen) by people without uniforms who did not show their IDs or provide any reasons for detention.

Later it became clear that the people who arrested Mr Mamedov and delivered him to Baku belonged to the Drugs Control Department of the Interior Ministry of Azerbaijan. As it was discovered later, on the way from Oguz to Baku the Ministry of Interior officers failed to put drugs into the detainee’s pocket.

However, later already in Baku in the Office of the Drugs Control Department located at 270 km from Oguz they managed "to discover drugs” belonging to the detainee and consequently accused him of possession of drugs. For almost two weeks Eldar Mamedov is kept in custody.

He is a respectable, wealthy businessman and his business has nothing to do with drugs. However it is a well known fact that the police plant drugs to those who are disagreeable with the violation of human rights.

The second of the three arrested Javid Babaev (born in 1977) is a nephew of the FLNCA President. He has Russian citizenship and is a Director General of a big Russian corporation producing drilling oil and gas equipment.

In the beginning of August he with his family arrived in Baku to visit his parents. However officers of the Department for Fighting Extremism arrested him on 6th August in three days after his arrival in Azerbaijan. In the presence of his wife and two small children several people without uniforms in who neither introduced themselves nor showed their IDs demanded that he get into their car.

He was also planted drugs and accused of their possession. At the same time the Russian authorities were not informed of the Baku authorities’ actions against the Russian citizen thus violating his rights as a foreign national.

On August 9, 2013 one more citizen of Russia – Tariel Sarkarov, born in 1979, was also arrested. He is a brother of the FLNCA Executive Director Amil Sarkarov. He came to Azerbaijan to visit his relatives.

He was openly informed that his brother is undertaking anti-Azerbaijan activities. He was brought to the police department of the town of Qabala. He is not allowed to talk to his relatives and so far no accusation has been brought against him.

The authorities of Baku have gone to dangerous edge. One should be too naïve to believe that all those three abductions committed by the Azeri police one after another with an interval of three days are accidental.

Moreover, the actions committed by the Azeri authorities are threatening and demonstrative. They are aimed at fighting against Lezghi activists whose views do not coincide with the anti-Lezghin state policy and at threatening and scaring FLNCA, other Lezghi NGOs and Lezghi people in general.

FLNCA President Arif Kerimov who was travelling to Europe invited by international organizations was informed of the arrests in Azerbaijan. He responded by the interruption of his tour of Europe and returning to Moscow. In a telephone conversation he mentioned that "people’s rights protection unfortunately cannot do without victims”.