Dagestan will break all records 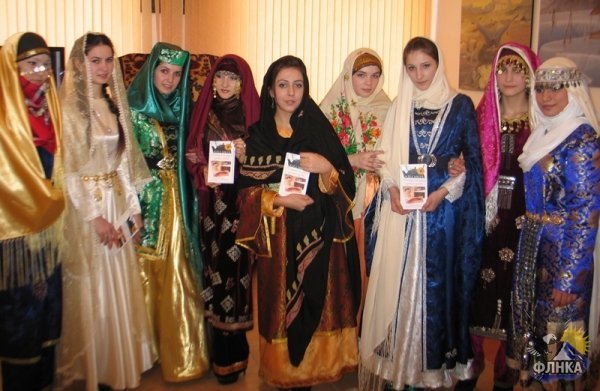 Ramazan Abdulatipov made a really revolutionary step having made the decision to give official status to all languages which are widespread in Dagestan. Now none of the local languages will be offended: all of them will be literary, they will be used in school program, and generally they will be used widely, which is necessary for their preservation in the future.

Considering that more than a half of these languages belong to small peoples this decision is vital. Now only the language of the small Abazin people has the official status (in Karachay- Cherkessia).The number of small Dagestani languages having official (informally) status (Agul, Rutul, Tsahkur and Tat) will be increased by: eight with regard to Andi languages (Andi, Akhvakh, Bagvalin, Botlikh, Godoberi, Karata, Tindi, Chamalal languahes), five with regard to Tsez languages (Bezhta, Hinukh, Georgian, Khvarshi, Tsez), and also the Archi language, relating to the Lezghin group of languages. Now the native speakers of these languages are considered to be Avars.

Besides them there are also the Kaitag and Kubachi languages which are the dialects of the Dargi language according to some linguists. But the other part of linguists considers them to be independent languages along with some other idioms such as Chirag dialect. Together with them the number of languages will grow up to 30.

There also other ethnic groups, representatives of which consider themselves to be independent peoples having special languages of their own. Among them there are Katrukhs (inhabitants of the village Nijniy Katrukh of Rutul area, and natives of this village), Terekements (Turkic-speaking inhabitants of Mamedkala and 9 villages of Northern part of Derbent area), they are ranked as Azerbaijanis.

It should be mentioned that the Dagestan languages by number of native-speakers, existence and level of literary form development can’t be considered as equivalent. Small peoples’ languages always had local value.It is very difficult to imagine that, for example, the Gunzib language became one of the official languages of Dagestan People’s (National) Assembly that is actually provided by the Constitution of Russia (official languages of the republics, as the Russian language – the state language of the Russian Federation, have to be used in public authorities, local governments, public institutions of the republics).

The largest peoples’ languages (Avar, Dargin, Kumik, Lezgi) even don’t have such functions, and it already affects strongly on their development.

A more real decision on maintenance of small peoples’ languages is creation of special national areas as the Abozin and Nogai national areas in Karachay-Cherkessia, and the official status of these languages would be fixed in those territories. And more widespread languages could be made regional, in view of their role as languages of international communication.

In general, depending on the ethnic structure of population in each municipality it is necessary to fix statuses of official languages, to strengthen the role of the native languages in school training by the relevant regulations. In this regard one of the laws sounded in mass-media looks promising: the certificate about the termination of high school without positive assessment on the native language and literature won't be issued.

But it is also important to fix functioning of official languages in other spheres of their application, and also ensure the required financing for maintenance the real, rather than the nominal status of the state languages.