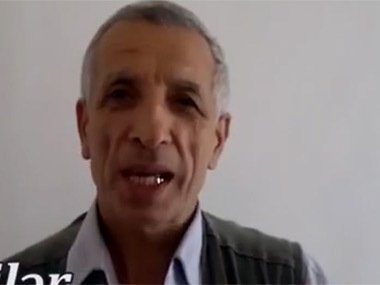 In Azerbaijan, in the frameworks of the election campaign of Jamil Hasanli, the single candidate of the oppositionist party of National Council an unusual video was prepared, reports the Azerbaijani news portal "Haqqin.az." As the portal notes, representatives of different nations living in Azerbaijan call on to vote for Jamil Hasanli on their native languages in the video titled "From the people to the candidate”.

In the video support for Jamil Hasanli is expressed in Talysh, Lezgian, Tat, Avar, Ingiloi, Russian and at the end Azerbaijani languages.

The presidential elections in Azerbaijan are scheduled on 9 October 2013. The previous presidential elections were held on 15 October 2008. The incumbent president Ilham Aliyev is on this position for two terms already - since 2003. In March 2009 a referendum on making amendments to the Constitution was held in Azerbaijan, which repealed the restriction on one person remaining in office for more than two consecutive terms. The Venice Commission of the Council of Europe stated in this regard, "Giving one person the right to be repeatedly elected to the presidency is seen as a step backwards in the development of democracy."

According to official figures in 2009, there have been 180 thousand Lezgins, 112 thousand Talysh, 51 thousand Avars, 25.2 thousand Tats, 12.3 thousand Tsakhurs in Azerbaijan. Also, according to the official data, of the State Statistics Committee of Azerbaijan, there are 119,000 Russians living in the country (three times less than in 1989).

The indigenous people of Azerbaijan, Lezgins, Avars and Talysh in particular, have repeatedly appealed to the international community, where it was stated that these people are being subjected to racial harassment and assimilation in Azerbaijan, and their number is being underestimated over and over again by the state structures of that republic.