The languages are on the verge of extinction 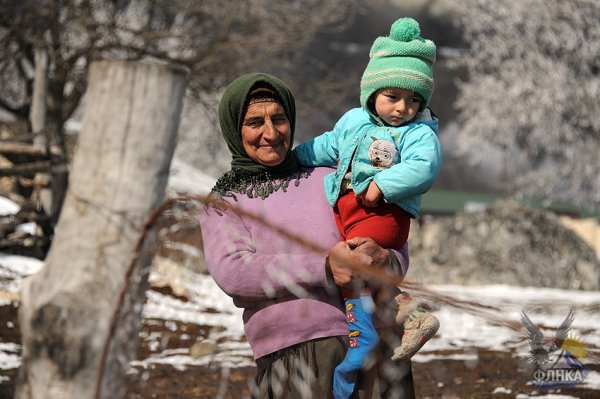 A Kryz woman and her grandchild

Kryz and Budukhs are indigenous peoples of the Caucasus living in the villages of Kryz, Jack, and Gaputli and Budukh located in the South of the Samur River in the picturesque mountains of the Guba area of the Republic of Azerbaijan.Being small in number and isolated in their places of residence, Kryz and Budukhs have glorious ancient history. According to many historians, their ancestors werestate-forming tribes of the Caucasian Albania and have been active participants in the various historical events in the East Caucasus for many centuries.

The Kryz and Budukh languages belong to the Lezgi branch of the Nakh-Dagestani language group. Traditionally they are combined with Khinalug language in the so-called "Shahdag language" within the Lezgin branch. However, according to recent studies, Khinalug language has been separated from the Lezgi group and is now classified as a separate branch of the Nakh-Dagestani group. The Kryz and Budukh languages are called the Babadag languages. The Lezgi languages such as the Rutul and Tsakhur are closest to them. Altogether they form the so-called "Southwest Lezgi languages."

According to the Linguistic encyclopedic dictionary, the Kryz language is used in the villages of Kryz, Yergudzh, Haput, Jack and Alyk of Guba district, as well as in several villages of Khachmaz, Ismayilli, Agdash and Gabala areas of the Republic of Azerbaijan. The exact number of carriers of the Kryz language is not known, the available data also varies in the range from 5,000 to 9,000 people. 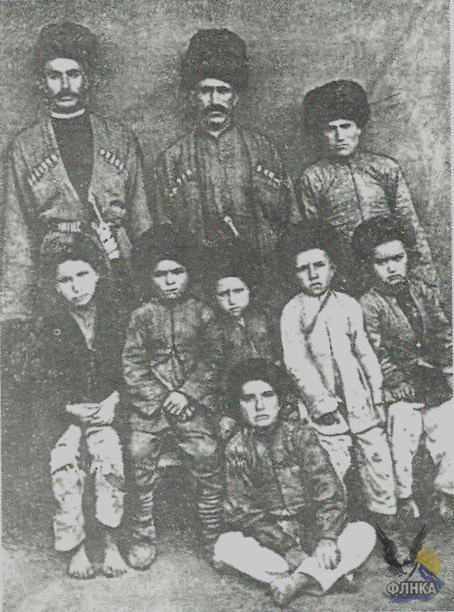 The Budukh language is used in the village of Budukh of Guba district and in some villages of Khachmaz region, the names of which consist of prefixes "oba" or "gyshlag". Official number of Budukhs is estimated at around 1,000. In the vault of statistical data on the population of the Transcaucasian region, found in the lists of 1886, it was reported that 1078 Gaputlins,  7403 Jacks, 2027 Kryz and 2625 Budukhs lived in the Baku province.

Strong assimilation processes take place in the lowland areas of Myushkyur and Shabran. They are the territories with international population. Representatives of Shahdag peoples in search of a better life move from the mountains to the lowlands, fall into multiethnic environment and quickly switch to the Azerbaijani language. This is also facilitated by the fact that, unfortunately, traditionally during the census conducted in the Republic of Azerbaijan, Kryz and Budukhs are not included. Alphabets for these languages are not created, there are almost no dictionaries, their grammar is not described, and teaching in schools of the villages with traditional Kryz and Budukh population is conducted exclusively in the Azerbaijani language. 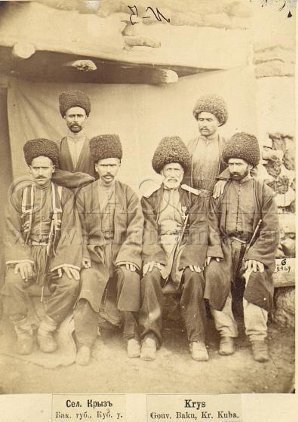 The project «Endangered Languages», launched by Google in 2012, allocated on the territory of the Republic of Azerbaijan 6 languages, which must be preserved. The Kryz and Budukh languages were also noted among these languages. They are identified as languages "close to extinction."

However, the Kryz and Budukh languages are poorly studied. In general, in it evident that in the Republic of Azerbaijan not enough attention is paid to the studies of non-Turkic languages. The Kryz and Budukh languages were studied and described only by non-Azerbaijani scholars. Even the writing for Khinalug people, based on the Azeri Latin alphabet, was developed by Russian scholars.

Azerbaijani scholars and the Azerbaijani science in general do not give priority to the study of these languages, despite the fact that they are on the verge of extinction.