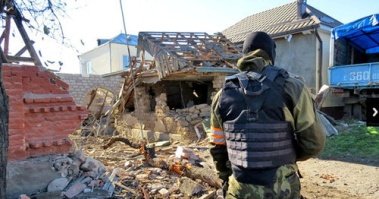 The fight of Russian authorities against the armed underground in Dagestan is accompanied by serious human rights violations, the Human Rights Watch (HRW) states in its report, which has also documented a number of militants' crimes. The report "War without War: Human Rights Violations in Russian Authorities War on Armed Underground in Dagestan" documents violations by law enforcement bodies and militants' crimes in Dagestan in 2012-2014. In 2014, the total number of victims of the armed conflict in Northern Caucasus, in Dagestan, according to calculations of the "Caucasian Knot", based on its own materials and information from other open sources, made 293 people, including 208 casualties and 85 wounded persons. Violations of rights of local residents are considered in the context of the authorities' attitude to the followers of the Salafi Islam, which is becoming more and more widespread in the republic. Power structures are actually considering Salafis as suspects, regardless of the grounds, rights defenders assert. The report documents a number of detentions committed by power agents with the use of excessive force, after which detainees became victims of disappearance. The report has documented two twin terror acts committed by suicide bombers, which resulted in injured civilians, and murders (allegedly, by militants) of two Imams, who had condemned the ideology and methods of radical Islamists.