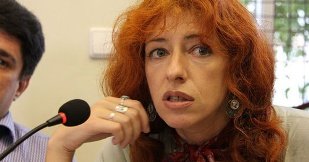 Until now, Chechnya and Dagestan have no clear mechanisms to counteract human rights violations by law enforcers, said the participants of the roundtable held at the opening of the exhibition dedicated to violence in the Northern Caucasus and dated to the sixth anniversary of the murder of Natalia Estemirova.

During a military conflict, crimes are committed by all the parties thereto, Oleg Orlov, a member of the board of the Human Rights Centre (HRC) "Memorial", has stressed. At the same time, as he said, "the crimes committed by agents of the state: officials of the MIA, FSB and militaries, remain unpunished."

In his opinion, this phenomenon has many reasons; the main being in the systemic nature of violence. Since the mid-2000s, Northern Caucasus has been using "behind the facade of official law enforcement bodies an 'unofficial punitive system', which practiced kidnappings and torture."

In Chechnya, the right to use unpunished violence was transferred from federal law enforcement bodies to local formations, in particular, to "Kadyrov's guys", said Orlov.

In June this year, the Human Rights Watch (HRW) released a report "War without War. Human Rights Violations in Russian Authorities' Combat with Armed Underground in Dagestan, which also reveals facts of torture and kidnappings in this republic.

When selecting people to be specially registered by the police, they make use of external appearance. If this is a man, his beard is such an attribute; if a woman – a hijab. According to Tatiana Lokshina, the HRW's programme director, after getting into the "vakhuchyot" (being registered as a Wahhabi), the person "loses his or her normal life."