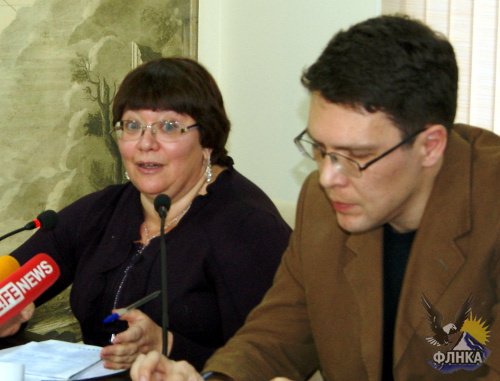 Implementation of the first stage of the policy of civil reconciliation will cause an increase of violence; however, it is the only way to get Northern Caucasus out from the crisis. This opinion was voiced by Irina Starodubrovskaya and Konstantin Kazenin, authors of the report "Northern Caucasus: Quo Vadis?" They emphasize that the recommendations stated in the report are primarily addressed to the civil society and not to the authorities. Experts, who participated in the discussion of the report, reported on cronyism and low level of public administration in Northern Caucasus.
According to Irina Starodubrovskaya, the main cause of the crisis lies in the fact that the characteristic of Northern Caucasus as a stagnant archaic society is fundamentally incorrect.

Konstantin Kazenin has criticized the preconceived idea that North-Caucasian elite consists of the clans with inner relations based on the archaic principles of kinship. He has called a myth the belief that Caucasian elite has fundamentally different hierarchy compared with the elites of other Russian regions.

According to the scenario of civil reconciliation, the republics' authorities should be elected through direct elections, and unconditional observance of constitutional rights and freedoms should be ensured. At the federal level, the authorities should encourage the processes to adapt militants to civilian life and seek to ensure that young people have access to quality education and integration into All-Russian society.