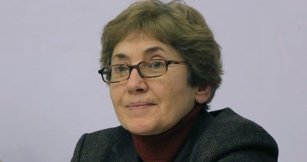 In her interview to the "Caucasian Knot", Natalia Zubarevich, Associate Professor of the Higher School of Economics, an economist and geographer, expressed her opinion concerning the consequences of the arising economic crisis for the regions of Northern Caucasus and southern Russia. According to the expert, the period of turbulence will be long and affect not only Russia, but also countries of Southern Caucasus economically related to our country. However, unstable regions that "face hostilities" can count on the economic support of Moscow.

Natalia Zubarevich: The major problem is not in the sanctions. The Russian economy has slowed its development even prior to the introduction of any sanctions, devaluation, and fall of oil prices. In 2013, industrial production was no longer growing, and investment began to decline. Therefore, what we have in 2014 is a continued rapid decline.

Against the background described above, the situation in southern Russia and Northern Caucasus in the past year looked better than in the other regions. It can be explained, since Northern Caucasus is primarily dependent on federal transfers, which are not particularly reduced in contrast to the whole of Russia.

As for 10 months of 2014, the situation is as follows: in Ingushetia, transfers comprise 83 percent of total budget revenues, in Chechnya 82 percent, in Dagestan 70 percent, in Karachay-Cherkessia 65 percent, in Ossetia and Kabardino-Balkaria – 55 percent. If there is no money in the federal budget, then there is no happiness in Northern Caucasus. Till present, the federal budget was able to balance due to the high price of oil, but the rouble was depreciating at the same time. The depreciation of rouble compensated for the federal budget the fall in oil prices, since the main budget revenues come from production and sale of hydrocarbons, and those transactions are performed in US dollars.

In 2014, the budgets of the NCFD republics show even a surplus; however, in 2015, it is clear that the federal budget will be cut. According to the estimates, it will be cut by 10 percent. I have a question: to what extent will such an important part of expenditures as transfers to subjects of the federation be cut? Following the results of 10 months, Northern Caucasus should get worried. More than half of the NCFD republics received less in the past year, and only Ingushetia and Chechnya were lucky enough. The great river of transfers from the federal budget will shrink, and this is the main risk.

And it is hard to predict what the federal centre will do in 2015.

I have noticed an interesting relationship: when a North-Caucasian republic suddenly faces an increase of hostilities, then it receives more transfers. I am afraid that the republics can use that way to compete for transfers... Dagestan and Ingushetia represent an example of the above. I believe that the political component will be dominant for allocation of transfers for the republics of Northern Caucasus.