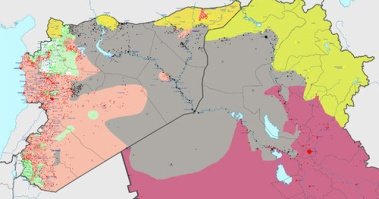 The statement of Nikolai Patrushev, the Secretary of the Russian Security Council, about the threat of return to Russia of the militants of the terrorist "Islamic State" (IS) suggests that Northern Caucasus will see tighter police methods, the experts, questioned by the "Caucasian Knot", believe. However, as stated by the political analyst Alexei Malashenko, a member of the Scientific Council of the Moscow Carnegie Centre, the returning militants will manifest themselves only in the conditions of "a total destabilization in the country."

It was reported that on March 11 Nikolai Patrushev voiced out a demand to take the return of militants from Middle East under special control.

In the opinion of Oleg Orlov, a member of the board of the HRC "Memorial" and the head of the programme "Hot Spots", the tightening of efforts to counter militants has already happened, while the policy of "soft power" had been rolled up long ago.

He added that the citizens of Russia who fight for the IS are represented mainly by natives of Chechnya and Dagestan.

As stated by the above Alexei Malashenko, the militants, who come back to Russia, "will reveal themselves only in the situation of the total crisis."

Orhan Jemal, a Forbes journalist, has noted that the Russian citizens, who are now fighting for the IS, will not be able to return, because of the legislative mechanism now in place that counters their return. According to his version, if we talk about citizens of post-Soviet countries, mainly natives from Central Asia are fighting for the IS.