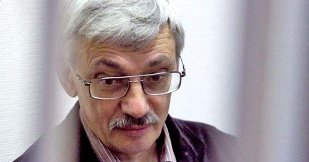 According to experts, residents of Northern Caucasus do not question the right of relatives to commit "honour killings". In the case against Sultan Daurbekov, a resident of Chechnya, his advocate tries to refer to the traditions, and a witness quotes the statements of Ramzan Kadyrov. This was reported Oleg Orlov, a member of the Board of the Human Rights Centre (HRC) "Memorial".

When commenting on a series of murders of women in 2008, Ramzan Kadyrov said that all the victims of extrajudicial killings were punished by their relatives for immoral behaviour in accordance with Islamic law. Meanwhile, the statement of a witness, who said that Ramzan Kadyrov allegedly called "to clear the ground" of women violating traditions, has not been confirmed.

Only some cases of "honour killings" in Northern Caucasus are made public. This was reported by Svetlana Anokhina, a journalist from Dagestan, the editor-in-chief of the "Daptar.ru", an online edition devoted to Dagestani women.

According to Svetlana Anokhina, sometimes, other crimes, such as rape of a girl committed by someone from close relatives, for example, her father, brother, or uncle, are masked as an "honour killing".

"The common law has played a major role in the regulation of relations within a family and a clan. Adat recognized the father's right to control with impunity lives and deaths of his family members. According to the adat, adultery should be severely punished. So, according to Avar tradition, an Avar, who caught in adultery his wife, mother, daughter, sister, niece, granddaughter, or aunt, was to kill both adulterers," explains the scientific handbook" Historical and cultural traditions of the peoples of Northern Caucasus" edited by academician V. A. Tishkov.