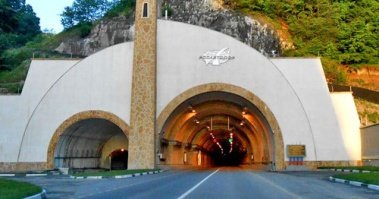 On June 23, law enforcers cancelled the counterterrorist operation (CTO) regime introduced in the Untsukul and Buynaksk Districts of Dagestan. The Gimry Tunnel was opened for traffic. The "Caucasian Knot" has reported that at night of June 23, a shootout occurred not far from the village of Gimry in the Untsukul District of Dagestan. As a result of the shootout, two suspected militants and a soldier were killed. At about 3:00 a.m. Moscow time, the CTO regime was introduced in the Untsukul and neighbouring Buynaksk Districts. At 4:00 a.m. Moscow time, the Gimry Tunnel was closed. Today, the CTO regime in both districts has been cancelled, and, therefore, the Gimry Tunnel was opened. This was told to the "Caucasian Knot" correspondent at the Agency for Transport and Roads of Dagestan. The CTO regime was cancelled at 12:00 a.m. Moscow time, the RIA "Dagestan" reports with reference to the Information Centre of the National Antiterrorist Committee (NAC) of Russia.