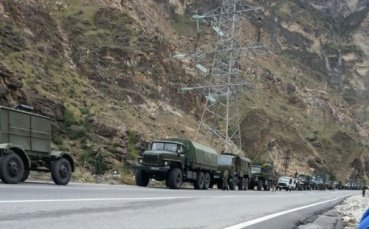 One of the men killed during the special operation carried out in the vicinity of the Dagestani village of Gimry has been identified as Ramazan Kamilbegov. This was reported by local residents. The "Caucasian Knot" has reported that at night of June 23, in the Untsukul District of Dagestan, a shootout occurred not far from the village of Gimry in the course of the special operations carried out by law enforcers. As a result of the shootout, two suspected militants and a soldier were killed. At about 3:00 a.m. Moscow time, the counterterrorist operation (CTO) regime was introduced in the Untsukul and neighbouring Buynaksk Districts. Ramazan Kamilbegov, one of two killed suspected militants, was a native of Gimry. This was told to the "Caucasian Knot" by local residents. According to them, the second killed man has not been identified yet; however, he was a resident of the same village. It should be noted that the name of Ramazan Kamilbegov, a resident of the village of Gimry, born in 1979, was put on the list of suspected militants, who surrendered to the Ministry of Internal Affairs (MIA) of Dagestan on January 24, 2008.