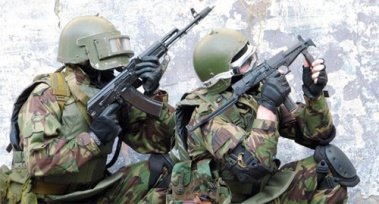 In Dagestan, investigators try to identify the man who tried, on July 7, to place a bomb under the door of the shop in the village of Babayurt and then, at an attempt to detain him, opened fire at law enforcers, but was killed by return fire, said the spokesman of the republic's MIA. He said that local residents reported to the police on July 7 that some unidentified man was trying to set a certain subject under the door of the shop. The man tried to escape from the police unit in his car. During the pursuit, he opened fire on power agents and was killed by return fire, the RIA "Novosti" has reported today, citing its source from the MIA of Dagestan. "The object found under the door of the shop turned out to be an 8-litre bucket stuffed with explosives. The trunk of the man's car also contained a pistol and another explosive device," the RIA "Novosti" quotes the source. The two explosive devices were destroyed by FSB experts, the "Interfax" reports. "Now, the formal identification of the casualty is underway; and his possible involvement in the commission of other crimes is established," the "Interfax" quotes the spokesman of the Investigating Department for Dagestan of the ICRF.