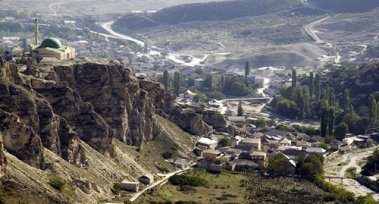 In the Karabudakhkent District of Dagestan, policemen shot and killed an armed man, who opened fire on them from a window car. This was reported by a Dagestani law enforcer.

According to him, the incident has occurred today at about 0:00 a.m. Moscow time.

"The policemen were carrying out a special operation to detain an armed man. He refused to lay down his arms and opened fire on the policemen at the 35th kilometre of the Manas-Sergokala highway, and then tried to escape in a Toyota Camry car. The criminal was killed by return fire," the "Interfax-Yug" quotes the law enforcer as stating.

The suspected member of an illegal armed formation (IAF) has been identified. None of the policemen was injured.