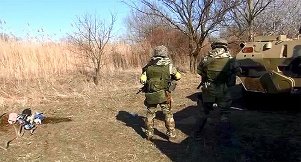 During the week of April 20-26, 2015, at least 3 persons were killed in the armed conflict in Northern Caucasus. No wounded were reported. These are the results of the calculations run by the "Caucasian Knot" based on its own materials and information from other open sources.

All the killed persons were suspected members of the armed underground in Dagestan.

On April 23, at about 0:00 a.m. Moscow time, in the Karabudakhkent District of Dagestan, the police carried out a special operation to detain an armed man. He refused to lay down his arms, opened fire on them at the 35th kilometre of the Manas-Sergokala road and then tried to escape in a Toyota Camry car. The man was killed by return fire. None of the policemen was injured. The suspected member of an illegal armed formation (IAF) has been identified.

On April 24, at 5:30 a.m. Moscow time, the counterterrorist operation (CTO) regime was introduced in the Karabudakhkent District of Dagestan. In the village of Novy Paraaul, power agents blocked a house with suspected militants and the surrounding area. While the power agents tried to detain the suspects, the militants opened fire on them from a grenade launcher and automatic weapons and were killed by return fire. At the place of the incident, the power agents found and seized two submachine guns, a sniper rifle, and a large quantity of ammunition. The killed men were identified as Arsanali Kambulatov and Mugutdin Mazanov, who swore allegiance  to the terrorist organization "Islamic State" (IS). In the course of the special operation, the power agents found a workshop arranged for bomb-makingcontaining more than 140 kg of explosive substances.

On April 22, at the outskirts of the village of Avtury of the Shali District of Chechnya, policemen from the local ROVD (District Interior Division) carried out operational activities and stopped a 29-year-old local resident to check his ID. When the policemen searched him, they found a hand grenade. Besides, in his plastic bag, the man was carrying more than 100 grams of marijuana. The detainee was released on recognizance not to leave.