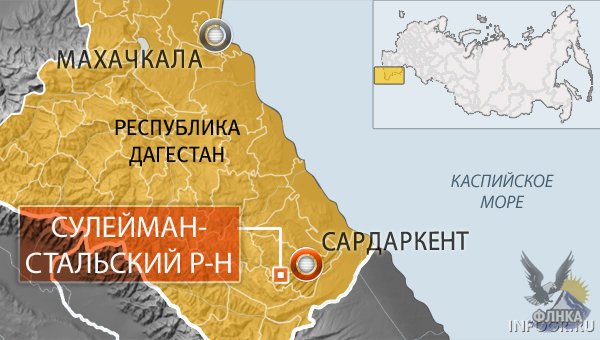 In the village of Ashaga-Stal of the Suleiman-Stal District of Dagestan, FSB combat engineers have defused a radio-controlled improvised explosive device (IED).

Earlier, it has been reported that this morning, the centre of the village was cordoned off, since a suspicious package was found near the administration building, and wires were sticking out of it. People from nearby houses were evacuated.

The package turned out to be an explosive device, as expected. Its power was about seven kilograms of TNT equivalent. This was reported by a source from the FSB Department for Dagestan.

"The explosive device was radio-controlled, i.e., criminals could activate it by a mobile phone. The IED consisted of mixed explosive material. Its power of TNT equivalent ranges of 5-7 kg," the "Caucasian Knot" correspondent was told by the source.

The source has added that the investigating team is working at the place to reveal the persons, who could plant the bomb.