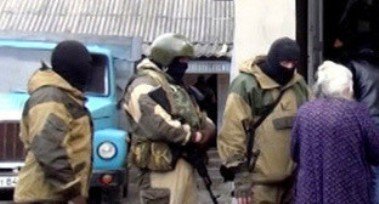 In the Suleiman-Stalsky District of Dagestan, two laboratories for the production of explosive devices were discovered in the houses belonging to suspected accomplices of members of the armed underground. According to the National Antiterrorist Committee (NAC), the laboratories were discovered in private houses in the village of Orta-Stal that belonged to the suspected accomplices of members of illegal armed formations (IAFs). At the laboratories, law enforcers found ammunition, seven plastic barrels with explosive substance of total power of more than 200 kilograms of TNT equivalent, about 300 kilograms of ingredients for making bombs, detonators, and fuses. Besides, the law enforcers found a notebook with detailed maps of the territory and fake seals, the RIA "Novosti" reports today with reference to the press service of the NAC. According to the NAC, explosive devices were defused by combat engineers. Field investigators are searching for the owners of the houses, the "Interfax" reports.