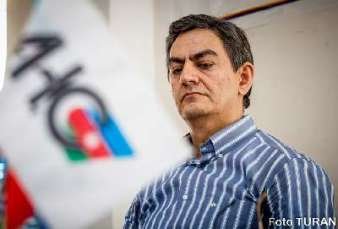 On  16 July, 2015 the European Court of Human Rights ruled on the complaint of the leader of the Popular Front Party Ali Kerimli.

In June 2006, on applying for a new passport, Mr Kerimli was informed that his application had been rejected on the ground that there were criminal proceedings pending against him. After inquiring with the Baku police, he discovered that criminal proceedings brought against him in 1994 for illegal possession of a hand grenade – following his arrest at a demonstration organised by his political party – had been suspended in 1995 and never discontinued. He subsequently repeatedly brought the matter to the attention of the prosecuting authorities and the domestic courts, arguing that the criminal charges against him had become time-barred in 1999 and that the proceedings should have thus been discontinued. Mr Kerimli complained that the refusal to issue him with a passport had infringed his freedom of

movement under Article 2 § 2 of Protocol No. 4 (freedom of movement) to the European Convention on Human Rights.

According to the decision of the European Court, Karimli should be paid compensation in the amount of 5,000 euros (EUR) (non-pecuniary damage) and EUR 3,600 (costs and expenses.)