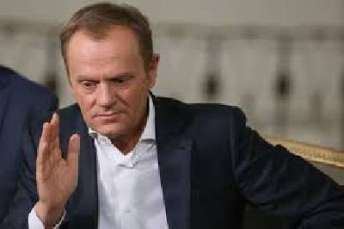 During his visit to Azerbaijan, the chairman of the European Council, Donald Tusk, met with representatives of civil society.  The meeting was attended by the co-chairman of the Helsinki Citizens' Assembly Arzu Abdullayeva, the lawyer Khalid Bagirov, human rights activist Saida Gojamanli, head of Women Society for Rational Development Shahla Ismail,  and Marshall Fund’s representative Mehriban Rahimli.

Tusk was informed about the problems of civil society and the issue of political prisoners, Abdullayeva told Turan. According to her, Tusk suggested activists to present to  the EU proposals for solving the existing problems; the issue of the Karabakh conflict was also discussed.Tusk said that democracy is a priority for the EU, Abdullayeva said.

Shahla Ismail, in turn, said that Tusk, just like other high-ranking EU officials announced the unambiguous support of Azerbaijan’s  democratization.

Tusk calls on Baku and Yerevan to abandon the aggressive rhetoric