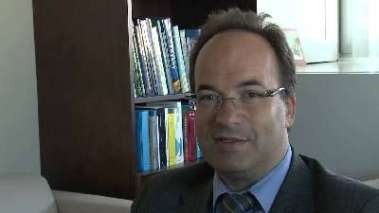 The Special Representative of the Secretary General of the Council of Europe, head of the Political Directorate Alexander Hessel during his visit to Azerbaijan met with representatives of the local civil society.

One of the participants of the meeting, the Executive Secretary of the movement REAL Natig Jafarli told Turan the meeting lasted about 3.5 hours.

They discussed issues of concern to civil society in Azerbaijan, including the issue of political prisoners.

According to Jafarli, Hessel showed good awareness of the existing problems and a great desire to solve them.

Hessel noted that the case of the leader of REAL Ilgar Mamedov is under scrutiny of the Council of Europe, taking into account the decisions of the European Court of Human Rights.

According to Hessel, the release of Mamedov would serve as an impetus to solve other problems.

The meeting was also attended by the human rights activists Novella Jafaroglu, Arzu Abdullayeva, Saadat Bananyarli, Saida Gojamanli and Eldar Zeynalov, an activist of NIDA Turgut Gambar and others.