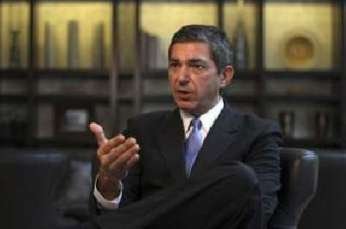 Eyeing on comprehensive diplomatic efforts to enhance respect for universal human rights in an environment where they are being attacked, top European envoy on human rights visited the U.S. Capital this week to encourage joint actions against global rights violators.

"When it comes to human rights, EU and US should work 'hand in hand,' Stavros Lambrinidis, European Union's special representative for human rights, said at Freedom House on Friday, September 25.

'Human rights not only EU/US policy; but not raising traumatizes credibility,' he said. ''People sometimes ask me; you're raising our problems, but what about Europe's  immigration and other problems? Our answer to them is, no one is perfect but that doesn't mean that everyone is imperfect.'

"If any country begins pushing on an argument that human rights is a tool or made by the West against them, it's not right... Human rights are universal and they have never been a battle between different cultures and political systems," he added.

EU believes that fostering communication between civil society and governments should be a key way to address global rights problems. Brussels' top priority is to enlarge our multilateral coalitions on human rights.

As for Europe's immigration problem, EU 'must be consistent internally to successfully project values abroad.'

Speaking about European Parliament's recent resolution calling for the release of political prisoners in Azerbaijan, Lambrinidis said, Baku's response to it was an overreaction.

He also called on countries with poor records to be honest about human rights concerns.