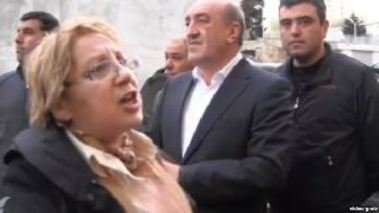 UN human rights experts have condemned the increased prosecution of human rights activists in Azerbaijan and urged Baku to "reverse the trend of repression."

In a statement issued by the office of the UN High Commissioner for Human Rights, the experts said they are "appalled" by several incidents in which Azerbaijani officials use surveillance and interrogation to arrest and sentence rights activists "on the basis of trumped-up charges."

They said the "criminalization of rights activists must stop" and that those who have been unjustly detained be "immediately freed," including Leyla Yunus, Arif Yunus, Rasul Jafarov, and Intigam Aliyev.

The group of experts is made up of the UN's special rapporteurs on human rights defenders (Michel Forst), freedom of peaceful assembly and association (Maina Kiai), and freedom of opinion and expression (David Kaye).