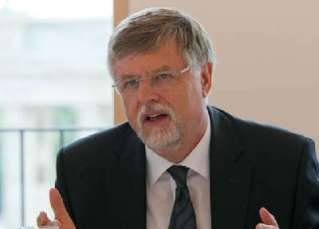 As stated in the official report, during the meeting they discussed issues of mutual relations between Azerbaijan and the European Union, as well as the conflict in the region.

Touching upon the Karabakh conflict, Aliyev said that its solution is extremely important for regional stability, but the Armenian side seeks to delay it and to maintain the status quo. However, the impossibility of that has been repeatedly noted by the Presidents of the Minsk Group states, he recalled.

Talking about the latest developments on the front line, Aliyev accused the Armenian side of provocations.

Speaking about relations with Brussels, Aliyev said that some EU circles show "biased" stance on Azerbaijan, which is unacceptable.

Herbert Salber: If war resumes, all will lose