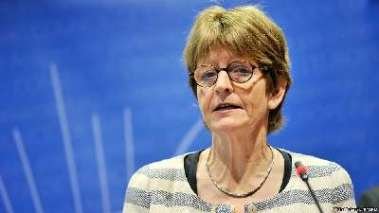 PACE President reiterated her call on the Azerbaijani authorities to release Ilgar Mammadov. "Last week, the Committee of Ministers of the Council of Europe examined the execution of the decisions of the European Court of Human Rights by the member states, concluding once again that the Azerbaijani authorities have persistently failed to comply with the Court ruling on the Ilgar Mammadov case. Mr. Mammadov should be immediately released from prison. All main Council of Europe bodies are waiting for the Azeri authorities to comply with their international obligations in this case and to bring to an end the undemocratic crackdown against critical civil society,” she added.

Ilgar Mamedov was arrested in January 2013 on charges of rioting in Ismayilli and sentenced to seven years in prison.

In May 2014 the European Court found unjustified arrest and detention of Ilgar Mamedov, called on Azerbaijan to release him. Subsequently, a similar decision was made in respect of Tofig Yagublu.