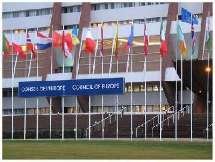 CoE Committee of Ministers adopted a resolution on March 12 in connection with the arrested leader of the movement REAL Ilgar Mamedov (Interim Resolution CM / ResDH (2015) 43).

The lawyer Fuad Agayev on his Facebook page said that the resolution expressed concern that Ilgar Mammadov is still being held in custody. The Committee of Ministers calls on the Azerbaijani authorities to take steps to release Ilgar Mamedov and the elimination of all violations in his case.

The resolution also expressed concern that the Supreme Court has postponed indefinitely consideration of the complaint of Ilgar Mamedov.

On March 17, 2013 Sheki Court of Grave Crimes sentenced Ilgar Mammadov to 7 years in prison on charges of organizing riots in Ismayilli on 23-24 January of the same year.

On May 22, 2014 the European Court found a violation of the rights of Ilgar Mamedov (Right to liberty. Violation of the presumption of innocence), deciding compensation in the amount of 22 thousand Euro.

Despite this, Sheki Court of Appeal in June 2014 upheld the trial court's decision.

January 13, 2015, the Supreme Court began its consideration of the appeal, but postponed it indefinitely. Amnesty International announced Ilgar Mamedov prisoner of conscience.