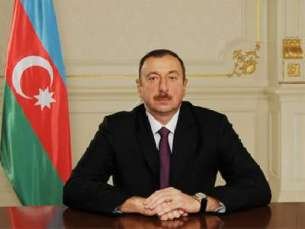 By the decree of the President of Azerbaijan, 210 people were convicted. They are released from the remaining term of imprisonment, wrote on his Facebook page a member of the Presidential Commission on Pardons, MP Azay Guliyev. At 18:00 the list of those pardoned was published, and there are no names of political prisoners. This is an unprecedented case of ignoring the requirements of the international community by the authorities. According to a number of pro-government sources, this is the answer Ilham Aliyev to the bill the US Helsinki Commission on the introduction of sanctions against Azerbaijani officials. The authorities had previously announced plans to release a significant part of the political prisoners, but after bill of  Smith, the position of the authorities tightened.

This means that the official Baku is going to go to the further aggravation of relations with Washington and the West in general, that does not bode well for democracy and human rights in Azerbaijan. At the same time, it means that the pressure from the West will strengthened and the authorities of Azerbaijan are also expecting troubles.