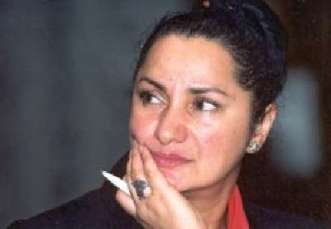 Local human rights activists are disappointed by the order of President Ilham Aliyev to pardon. Despite the pardon of a convicted 101, this list includes a few political prisoners.

"We have submitted to the pardon list of 30 political prisoners. Hoped that at least 10 of them will be released. But this did not happen," said Arzu Abdullayeva ,  a member of the Joint Working Group on Human Rights, Co Helsinki Citizens' Assembly. The head of the Center for Monitoring and political prisoners Elshan Hasanov critically assessed the decree.

"Of course, this order, does not satisfy us. Only a few people from the list of the number of about 100 political prisoners were released. The leader  of REAL Ilgar Mamedov in respect of which there is a decision of the European Court, was not released," Hasanov said.

In addition to the youth activist Orhan Eyubzade and CEO of the Elections Monitoring and Democracy   Studies Center Suleymanli Bashir, were pardoned, and two so-called "prisoners of hijab" Ramil Veliyev and Anar Gasimli.

They were convicted of involvement in the protest "Freedom hijab" held October 5, 2012 are respectively to 6.5 and 5.5 years in prison.

Vugar Aliyev sentenced to life imprisonment for the murder of the son of the former head of Shamkir region Aslan Aslanov was also pardoned.

Another accomplice of this resonant crime Lamia Guliyev has also recently been released ahead of the decision of the Court of Appeal. The  public's attention to the case renewed after it became public  that  Guliyeva gave a birth of the child in prison.